Posted on June 13, 2018 by bfoulkesadventures 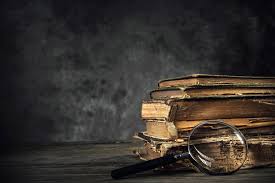 What’s history? In my schoolchild days it was a long, complicated series of dates and names to be memorized; kings and queens of western European countries, battles and maps and heroes and villains. It was dead white men of privilege exploring and conquering the world. While it could be exciting stuff for a child with an overactive imagination, it was pretty dull and boring. 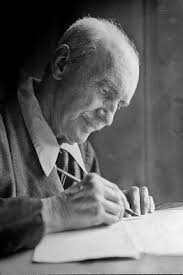 Later it became more serious. In my pipe-smoking undergraduate and graduate school days, the study of history was important because it gave us insight. I was in love with politics and policy, constantly admonished by my professors quoting George Santayana: “Those who cannot remember the past are condemned to repeat it.”

I repeated that saying like a mantra as I read history, mostly the biographies of famous/infamous men, looking for insight – my own crystal ball into the future.

Not so today, somehow while I was off doing other things, history has become more complicated, more subject to more debate.

Nothing so clearly points out the complexity of interpreting history than a book that formed the basis of my latest adventure.

I was fortunate enough to join a travel study course offered by Simon Fraser University focusing on a book by historian Maria Rosa Menocal: Ornament of the World; How Muslims, Jews, and Christians Created a Culture of Tolerance in Medieval Spain.

It has caused a bit of a stir amongst scholars and historians.

Three weeks on my study tour that would take us to Cordoba, Seville and Granada in southern Spain and offered an opportunity to explore this somewhat controversial assertion further.

I was only tangentially aware of the Moorish domination of southern Spain. I encountered it on my pilgrimage on the Camino de Santiago de Compostella.

The myth of Saint James defies credulity.  Saint James’ remains were said to have been found by a Spanish shepherd following a star in the 9th century. Pilgrimages were promoted to honour Saint James and support the Catholic attempts to drive the Moors from Spain.

Saint James became the moor slayer in a revised Catholic myth created in the 12th century when he is attributed to have miraculously appeared on the side of Christian forces to defeat the Moors in the legendary battle of Clavijo. 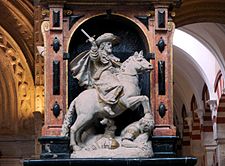 While historians have proven the so-called decisive battle never actually happened, one historian noted; “While this event is based on legend, the supposed battle has provided one of the strongest ideological icons in the Spanish national identity.” 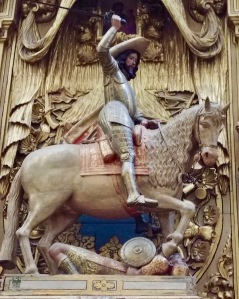 Saint James is celebrated with in art and sculpture, with a prominent position of honour in the Santiago Cathedral. I came across another Santiago de Matamoros statue in Granada while on my study course, trying to assess the impact of 700 years of Moorish domination of large swaths of what we now call Spain.

Such is the power of building a narrative that attempts to create, write and use “history” for other purposes.

I, like some millions of others, have walked 800 kilometres on a pilgrimage based on fantasy, myth and centuries old propaganda!

My study tour was a delightful re-entry into the world of Santayana and his bold assertion. Along with some 20 others, I was confronted with the reality that history is messy.

Menocal asserts that Muslims, Jews and Christians were able to live in relative harmony in southern Spain for centuries. She celebrates the achievements of that golden period in Spain’s history – the introduction of new plants and fruit to Spain, the widespread development of agriculture and irrigation, the explosion of trade throughout the Mediterranean of Spanish goods, improvements in manufacturing, mining and industry – all creating a robust economy while the rest of Europe stumbled. 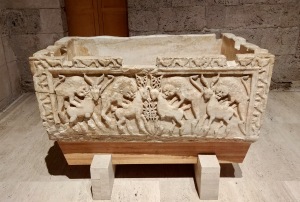 She describes a culture of architectural innovation, poetry, an explosion of learning, a multiplication of libraries and a reverence for intellectual discovery in science and medicine. She credits the Moors with the vital transfer of the ideas and philosophical debates of the Greeks to Europe. In the 10th century, Cordoba was one of the five largest cities in the world – London and Paris were riverside towns.

It is a positive and optimistic portrayal of a time when history was being made. To Menocal, the Muslim willingness to tolerate, engage and integrate Jews and Christians into their governance and society was the cause of this Golden Age, a renaissance that preceded and set the stage for Europe’s emergence from the dark ages.

I wish it were so.

Many historians have pushed back, questioning her bold assertions.

There’s not enough data, knowledge or information they say.

And that is the problem with writing history. It’s like buying a picture puzzle that promises 1000 pieces. When I open the box there are only 200 pieces. With 800 pieces missing, I am left to imagine, intuit and interpret with what little I have.

It’s not for lack of trying, Archeologists, anthropologists and historians have worked prodigiously to help us learn from history, for we do intuitively believe in Santayana’s maxim.

Now we add the second challenge – trying to sort various interpretations of the scanty evidence, trying to sort myth from reality, trying to conclude with only the evidence we have without taking it too far into conjecture.

There is plenty of room for conjecture. Santiago de Matamoros is but one example of propaganda widely accepted as history. Millions of pilgrims believe in the alternative narrative.

Past historical writing is under some attack these days from other quarters. We all know that history is written by the victors; losers don’t control the pen that writes history, hagiographers are in charge.

We all know that history has been written by and about men, that it is focused on conquest and war, ego and the glorification of aggression, that the post colonial world is awakening to a new narrative for their history, that women have made history without being acknowledged, that too little has been written about slow moving events that don’t follow a story-like narrative.

I’m pleased to say that my study tour raised many questions and answered few of them. We debated the interpretations of fine and grand points of Moorish influence in Spain amongst many other issues – such as what to have for lunch that day. I came away confused but pleasantly so: life is confusing, why shouldn’t history reflect that.

Santayana may be right, we should study our past, our many histories, our various perspectives on what happened, how and why it occurred. I am coming to believe that history is plural; it is a conflicting set of stories we tell ourselves. Stories will change over time, with new information, new insights, new voices claiming a share of the narrative.

We need to be critical in our reading of history; it is messy.

If we don’t we are likely condemned to repeat our mistakes.

3 Responses to History is messy.