Posted on September 25, 2018 by bfoulkesadventures 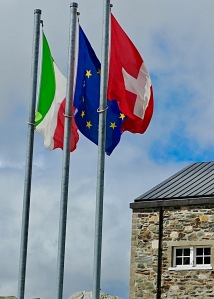 I have found that fear is a powerful motivator for me; in my running days I had a fear based training program. Set an impossible goal, then use fear of failing to motivate the necessary training.  A few sleepless nights drives serious training and it usually works. The pain is always worth the joy of crossing the finish line.

My latest application of the principle is crossing the Great Saint Bernard Pass; I spend several months walking every day around Vancouver, motivated by a self-generated fear that the famous Saint Bernard dogs would have to rescue me because I couldn’t make it up the Pass under my own steam. 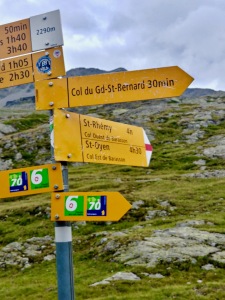 There’s another powerful motivator – the prize; if I complete a task, I get a prize. I dangle it like a carrot in front of me.

This summer I created fear and manufactured a prize. I turned the Great Saint Bernard pass into Mount Everest in my mind – fear.

I created a bright and shiny prize; when Blair and I finished our walk, we would reward ourselves with a visit to Kristen and Chris in their new home in Dresden, Germany – the prize. 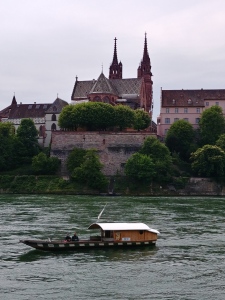 Five years ago, Kristen and Christopher embarked on a grand adventure in life; this was not a holiday, not a temporary adventure for a few weeks or a few months but a full life commitment. They moved to Basel, Switzerland where Kristen started as a counsellor at the international school.

It has been a rollercoaster ride for both of them. In her first years, Kristen faced an evolving set of assignments; in her last two she found her ideal role as a full-time counsellor. She made an enormous contribution to the people who mattered most to her – students who needed her wisdom, advice and support. 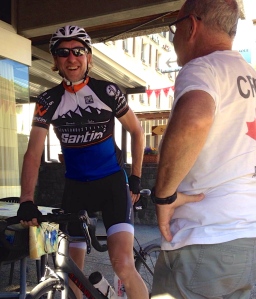 Chris faced daily life in Basel, managing a host of tasks in a different language, a different culture; untold numbers of ways to make things complicated and add multiple twists and turns to even the simplest task.

He also managed in his time there to make big strides in learning German, became an accomplished cyclist and weekend adventure planner. He became an aficionado of stylish European ways; at times he seemed more European than the locals. 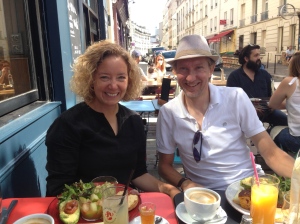 They also took advantage of every long weekend, school holiday and vacation to explore all of western Europe. I know because I got to tag along occasionally – Lisbon, Rome, Paris, dozens of postcard picture-perfect spots in Switzerland carefully researched and curated by them for our enjoyment. We even managed to spend some time with Bruce Springsteen on his final European tour stop in Zurich.

To call it life affirming is obvious; from my vantage point, it has been a profoundly enriching experience for both, not without challenges but worthy of celebration on so many levels. 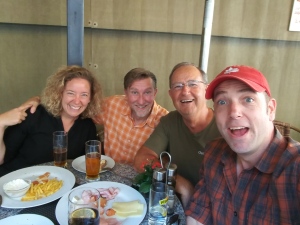 And now they have moved to Dresden, where she is school counsellor for the  international school.

Our prize starts when we meet them in Prague.

The prize for the next days and weeks is worth all our sweat and toil. Prague is delightful. 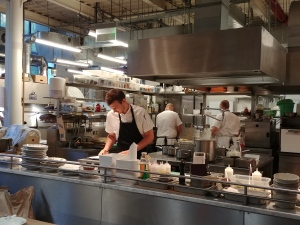 I have never visited central Europe; Prague is a delightful place to start. The architecture is fascinating; the city is steeped in a history unfamiliar to me, there’s an enervating exoticism to everything.

We share an eight course tasting menu that is as inspired as any I have tasted in Paris; the wine pairings, all local, have both Kristen and Chris asking where they can find more of the sampled wines. 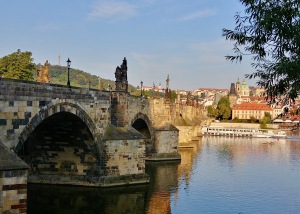 I walk the Charles Bridge in early morning, the only time free of pesky tourists, and am convinced of the merits of returning to Prague soon. We board the train and, in less than two hours, we are in Dresden. 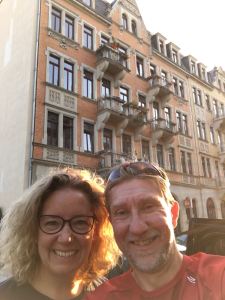 Kristen and Chris have found a charming two bedroom apartment near a trolley line just a short commute from her work and city centre.

Dresden is universally known as the German city that was firebombed by the Allies in the last months of the war, despite it’s marginal strategic value. Kurt Vonnegut, an American prisoner of war, witnessed the destruction and wrote of its effects in his acclaimed fiction, Slaughterhouse Five. 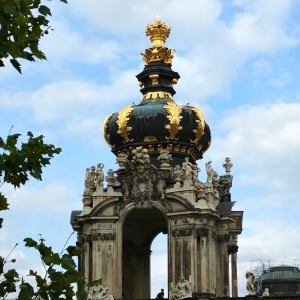 Unlike most European cities that rebuilt their torn infrastructure with new modern buildings Dresden, once called the Florence of the Elbe, laboured for decades to recreate the astounding 17th, 18th and 19th century architecture for which it was rightly renowned. 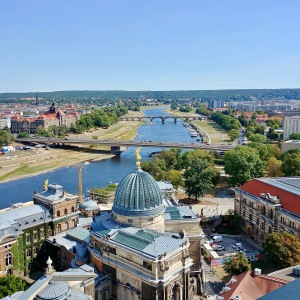 With the support of governments and private donors from around the world, such building as the Frauenkirche, a Lutheran cupola Cathedral and the Zwinger, an 18th century Baroque palace now hosting three separate museums.

The bombed out centre of the city is restored using whatever materials were able to be salvaged from the absolute destruction of the war, augment with modern building materials, leaving an ever-present reminder of the devastation of war. It has become again the Jewel Box of Europe.

Situated on the Elbe River, it is now a modern, bustling city with one of the largest technical universities, a diverse economy and a vibrant nightlife – we managed to survive our first biergarten under the landmark bridge, the Blaues Wunder – the Blue Wonder.

Having moved just three weeks before our arrival, they have been busily starting a new job, exploring the city, setting up their new apartment and unpacking boxes.

Like all adventures it’s not always easy; getting everything set up takes time, negotiations are in German and it all requires a secret sauce of patience and persistence. 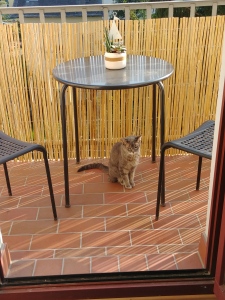 Blair and I want to be welcomed back so we set ourselves to being useful and lighten the load.

Job 1 is making the apartment Matisse safe. A new bamboo skirt for the balcony successfully installed by Chris and Blair takes one item off the list.

Blair and Chris make a productive team. My challenge is to stay out of the way. Its tough work but I try.

Of course, we get a chance to see K’s workplace – even after school, it sparkles with youthful energy. Her office is warm, comfortable and easy to relax in – her students are lucky to have her as a resource. 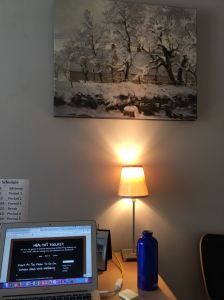 I find it comforting, even now, to see where my children live and work. It adds immeasurably to my future conversations to have a mental image of their kitchen, their office, their favourite patio, their quiet spot to decompress, their best biergarten.

This is a completely new adventure, Dresden, so long inside the Iron Curtain, is different from the western Europe they have seen from their old base in Basel. The opportunity to explore central Europe, Poland, Ukraine, the Baltic, Denmark, northern Scandinavia, Hungary, the Czech Republic are all waiting their arrival. 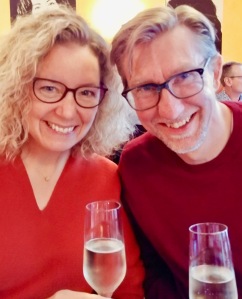 I am overjoyed. They are true intrepid explorers. I have high hopes of tagging along occasionally, using Dresden as a base for my own explorations and living vicariously through their adventures.